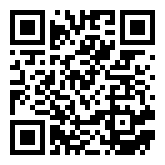 At the intersection of latitude 23 north and 121 east, Taiwan is strategically located at the crossroads of the world and naturally blessed by the heritage of numerous cultures. Ilha Formosa, our island home, is the beautiful backdrop against which countless stories of immigrants of vastly different cultural and ethnic backgrounds have played out. So many touching stories, so many indelible memories.

Considering the interplay between natural topography and literary creation, all who journeyed to Taiwan had to cross the “Black Ditch” as the fickle waters of the Taiwan Strait were known. Some came to pursue new opportunity; some came to escape the dust of urbanity; others came seeking refuge from conflict, while still others arrived out of political expediency. Immigrants through the centuries left oral and written tales. It is these that have been woven into a moving and genuine body of homegrown literature that communicates the hopes and dreams of our forebears who sought a fresh start in Taiwan. By embracing the full spectrum of the Taiwan “experience,” Taiwan literature expands cultural horizons, further leavens literary traditions, inspires the spirit and enriches Taiwan’s uniqueness.

Kraken Island Rising spotlights early Malayo-Polynesian immigration to the island and the experience of the first Han immigrants in the 17th century. Island Soul introduces the emotions and experiences underlying Taiwan’s nostalgic literary genre. Formosa of the Mind shows how authors have deftly captured Taiwan’s natural wonder in words, described the complex feelings people have had about their island home at different periods in history, and captured in literature Taiwan’s changing zeitgeist. We hope the works introduced in this section help visitors better appreciate the breadth and diversity that is the essence of Taiwan literature.