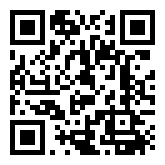 The sea embraces Taiwan from all directions. Over its relatively brief modern history, this island, also called Formosa, has been settled and governed by Malayo-Polynesians, Dutch, Spaniards, Han Chinese and Japanese. Each has invested a distinctive language and customs to create today’s unique admixture of cultural traditions and mores. The Taiwan experience has also fostered an evolving dialogue between more recent Han immigrants from China’s many provinces and earlier Chinese immigrants from southern Fujian Province and the Hakka, a Han Chinese subgroup. Post-1949 political and social upheavals caused further divisions and inter-group suspicions. At the turn of the 21st century, cross-border labor migration and the influx of immigrant women from Southeast Asia and elsewhere were again both mixing the ethnic pot and fostering new cultural challenges. The “waters” of many ethnic and cultural streams nourish our home on Taiwan and give us a complex cultural tapestry of differing backgrounds and experiences.

Taiwan’s heart beats with the incalculable joys, sorrows, loves and disappointments of its many groups. Authors of different ethnic backgrounds and experiences have through the generations invested their talents to sense and put into words the pulse that defines their place and time. Themes of discord and reconciliation hold prominent places in their work, highlighting Taiwan literature’s richness and ageless relevance.

Literary historian Huang Teh-shih wrote in a 1943 issue of Taiwan Literary History that the multiple immigration streams throughout its history had bequeathed the island a highly complex character. He noted that Taiwan’s literary output was concentrated into two archetypical genres, namely “nostalgic” and “inter-ethnic integration, subjugation and resistance”. The former focuses on remembrances of homes and lands left behind in the move to a new life on Taiwan; The latter addresses the trials and tribulations of weaving one’s own threads into the Taiwan tapestry. These genres are equally apparent in poetic verse written in the 17th and 18th centuries, Colonial Era “neo-traditional” literature, the postwar writings of Taiwan’s refugee Mainland authors, and Malaysian-Chinese authors writing in Taiwan.

Taiwan society today is increasingly ready to accept and even embrace external cultural mores. Our authors observe record and interpret for us the whispers of history. They also confirm the value of cultural diversity. The idea of a multiethnic melting pot may aptly be used to describe the ebb and flow of literary culture development on Taiwan as well as to expound upon its present and future. This permanent exhibit is designed to open a window on the rich diversity of Taiwan literature’s inner being. The exhibit’s three sections, The Call of Opportunity, Disparate Dialogues, and Literature Victorious, center on key works of literature that address the three issue areas of nature, society and modernization. When contrasted against contemporary political and economic realities, literary efforts offer shining examples of their authors’ spirit and hope. It is the author’s desire to achieve mutual understanding and explain perspectives and opinions that has made Taiwan’s literary garden bloom and flourish.