Change is ceaseless. Authors writing at various periods capture for us the dramatic changes in modern Taiwan life. How we experience our current world reflects our unique take on life itself.

The contemporary social and literary zeitgeist nourishes author creativity and innovation. Our expanding urban landscape has brought convenience to its residents and inspired authors to peer into and reflect upon its deeper impact and meaning. Literature is power. In writings on rural life and those living away from major population centers, we hear the different voices of people living off the land with different perspectives and value systems. In writings on nature, we listen in on dialogues between the natural and modern world and between man and the land. They are symphonic scores that plumb the depths and true meaning of relationships.

A modern building boom in the 1920s modernized Taiwan’s cityscapes and transformed daily life for the average citizen. Literature of the time reflected contemporary dissonance and adjustment to the introduction of modern values and mores already underway. Western influences on contemporary society and literature increased from the 1950s onward. Post-1949 Taiwan saw the founding of many new literary societies, the creation of new literary print and broadcast channels, the organization of literary exchange programs and the incessant exploration and development of new forms and techniques of literary expression.

issues worth exploring. Taiwan authors again revealed themselves up to the task, focusing keen minds and perceptive eyes to reveal the bigger picture of modernity for readers.

Urban culture in Taiwan was in its infancy at the dawn of the 20th century. A century later, the “Urban Literature” movement infused the perspective on change held by earlier generation authors into thoughts on the urban culture to come in the 21st century. Authors brought their own individual perspectives to bear on such important issues as the true meaning of civilization and the alienation of the individual.

My Community, My Land

My Village: Many Taiwanese were born and grew up in mining, forestry and fishing communities.

Nativist literature held unchallenged sway between the 1920s and 1970s. Those writing in the nativist genre tilled the social landscape with their articulate, well chosen words. Against the backdrop of the Taiwan experience, nativist works were beacons of inspiration to the island’s working class. Authors invested their emotional energies in understanding and empathizing with the life of the farmer, forester, fisherman, miner and factory laborer. Across the decades and through various stages of economic development, they wrote on the intrinsic value of life and celebrated the everyday accomplishments of people from many different walks of life.

“Economic miracle” was regularly used to describe Taiwan from the 1980s onward. It was a miracle, however, that came at a high price in industrial pollution, land development and environmental degradation.

Taiwan authors again pointed their pens in protest, using literature to give a voice to the cries of the island’s withering natural heritage, expound a more accommodating philosophy of life, or examine the issues underlying shifting boundaries between civilization and nature. Authors raised discussions of nature beyond flora, fauna and natural scenery to a study of the very essence of human existence and the vital importance of collective survival. 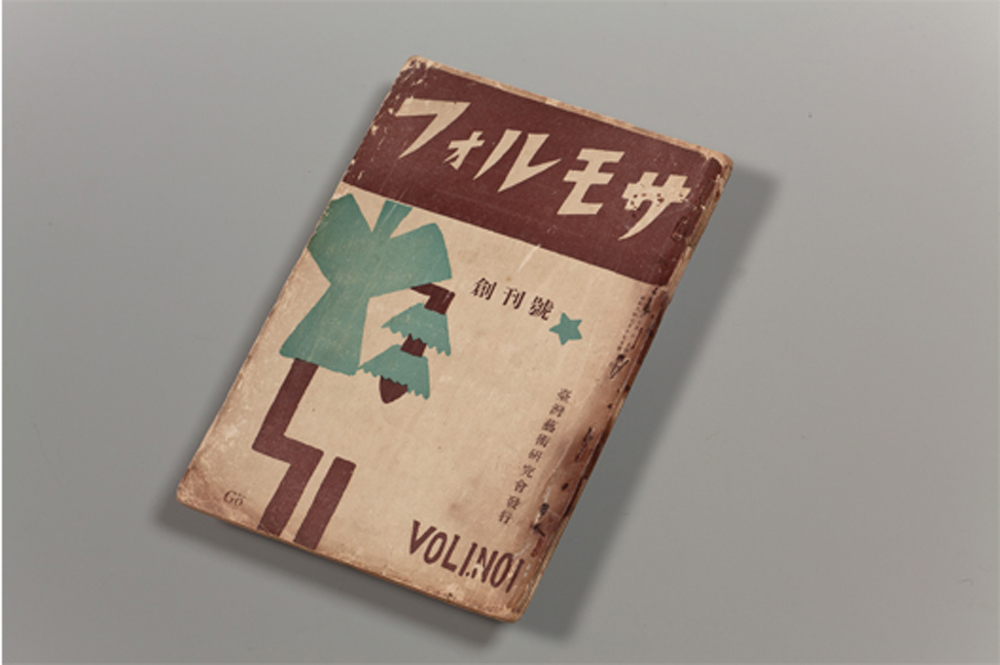 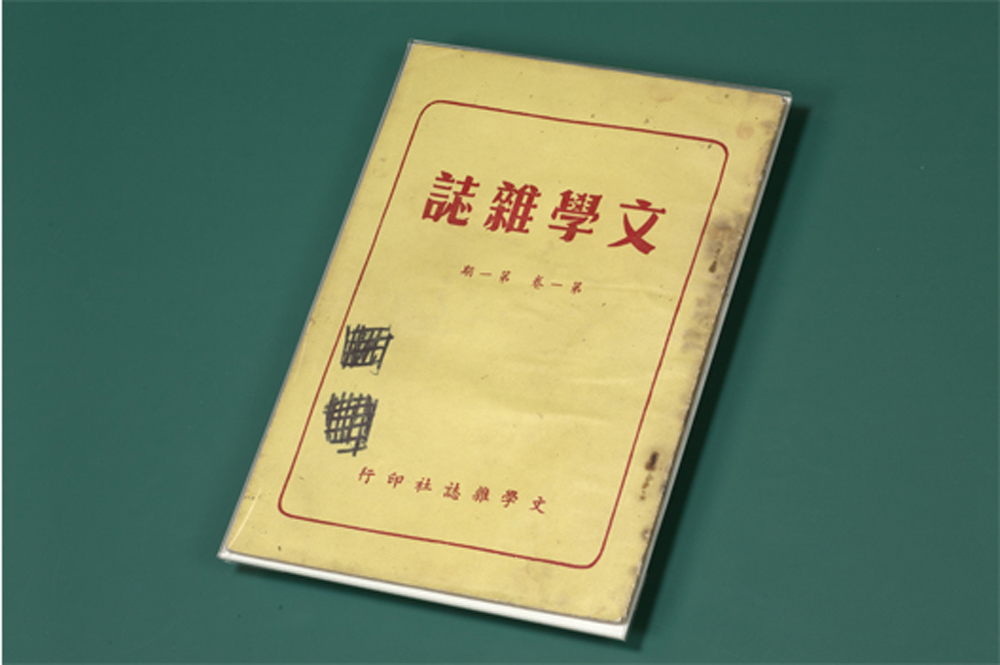 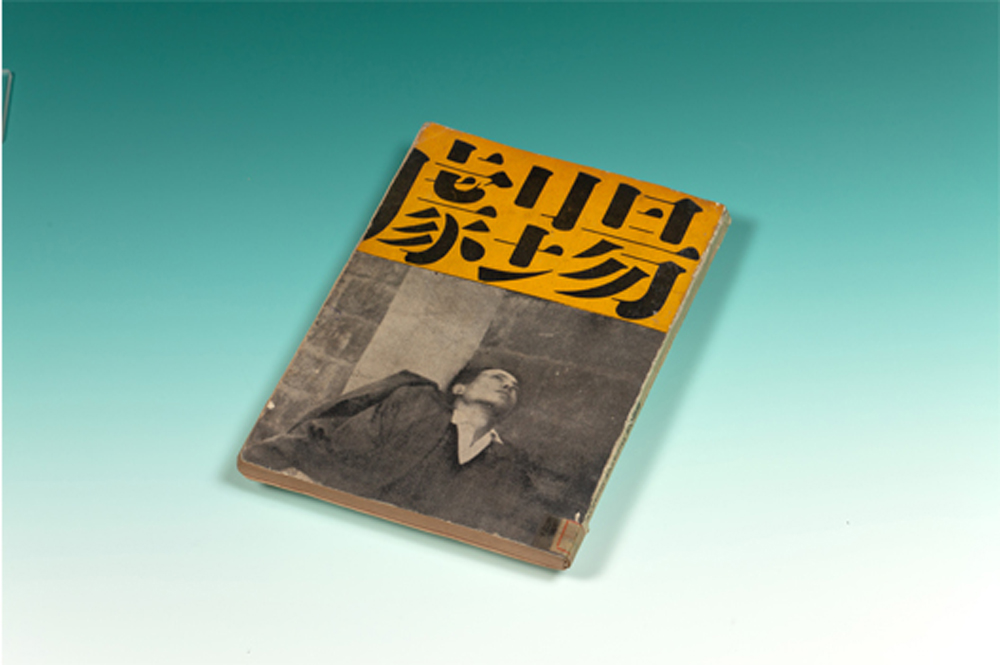 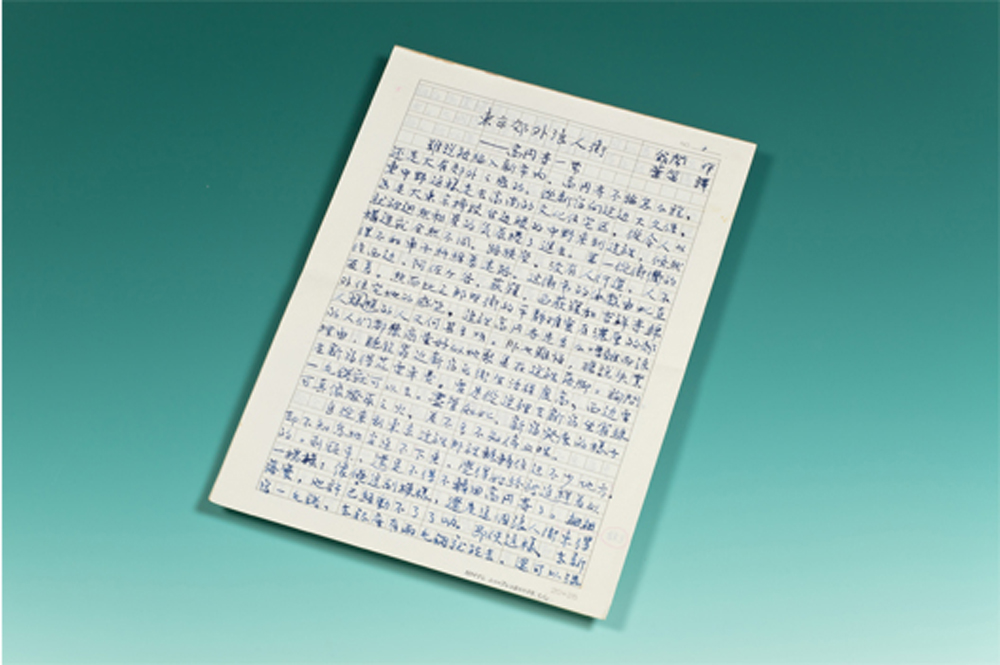 Ong Nao (1908 – unknown) was a native of Shetou in Changhua County, Taiwan. After arriving in Tokyo in 1934 as a student, he moved to Koenji on the city’s outskirts, living the life of a starving artist. This piece sumptuously describes the life of the idealistic, youthful art community that pervaded 1930s Koenji – a place with which he had intimate familiarity.

manuscript of translation by Yeh Ti; donated by Yeh Chin-chin 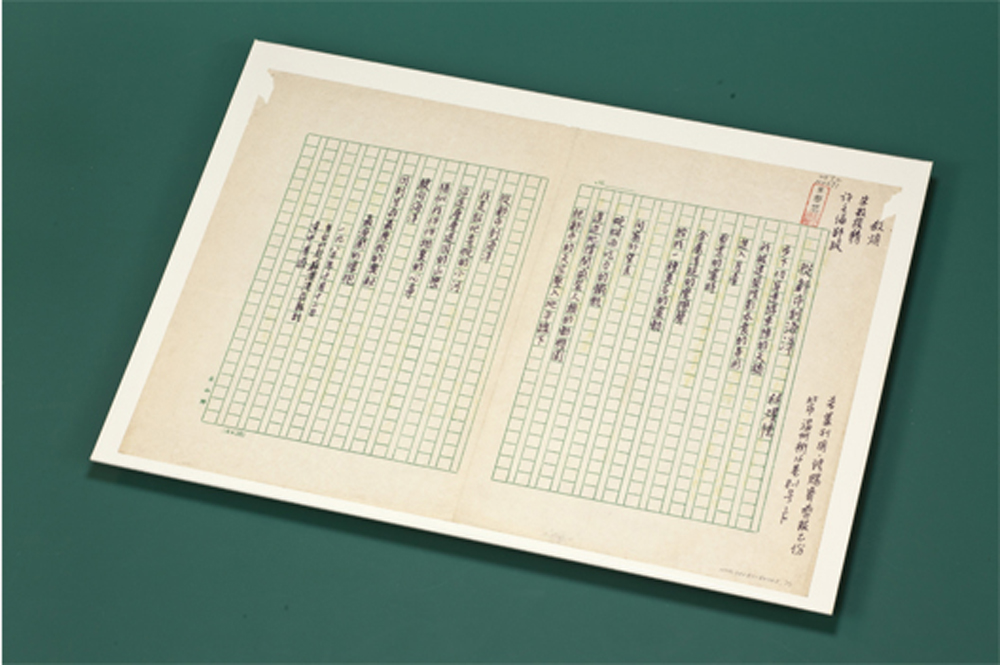 Lin Yao-teh (1963-1996) was an author from Taipei City, Taiwan. Lin was an advocate of urban literature during the 1980s, producing many original works in the genre. Critics note Lin held a deep-set humanistic concern for the changes, contradictions and conflicts inherent in modern society. He used “city” and “sea” as literary foils. 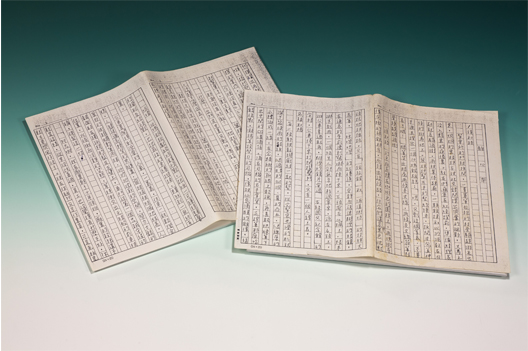 Chiu Miao-chin (1969-1995) was a native of Changhua, Taiwan. The original manuscript of Eccentricities survives today only in photocopy. This piece has all the hallmarks of meta-fiction. Surrounded by urban bustle, Chiu describes in rich verbiage capitalism’s corrosive decay of the family and social mores. 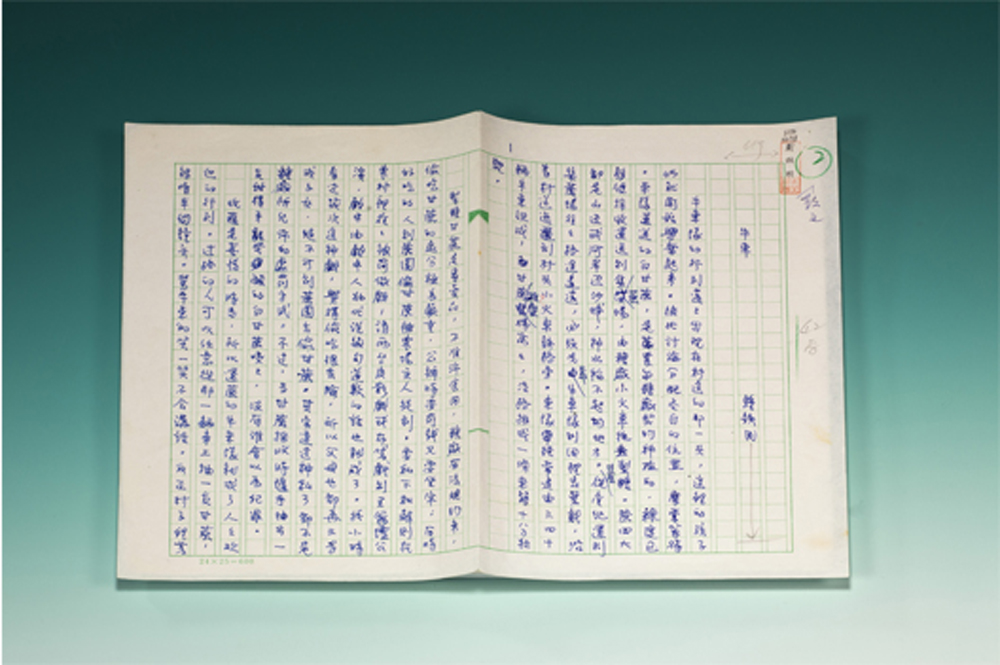 Chung Tieh-min (1941-2011) was an author from Meinong in Kaohsiung County, Taiwan. The author’s many works, set in rural Taiwan, highlighted the imperative importance of preserving rural ways and the environment – movements in which he was personally very active. “Yu Chung-Hsiung’s Spring” takes on the chronic rural issues of public education and continuing education past the junior high school level. It is a humanist, socially relevant work. 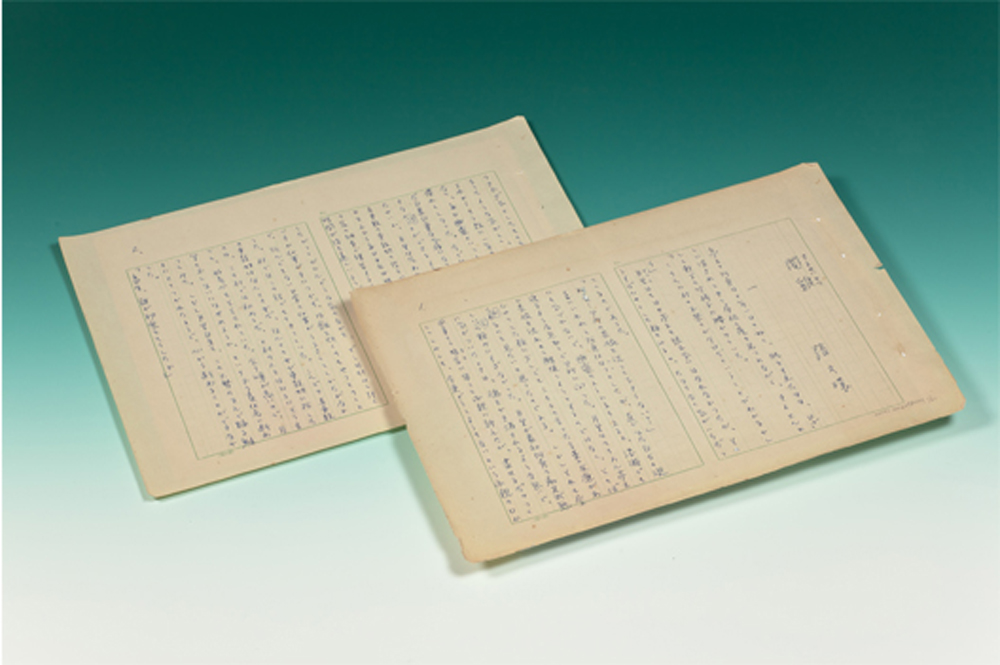 Chang Wen-huan (1909-1978) was a native of Meishan in Chiayi County, Taiwan. He finished The Castrated Cock in 1942, which was published in Vol. 2, No. 3 of Taiwan Bungei (Taiwan Literature). It narrates the story of his female protagonist’s difficult journey from fatalism to enlightenment. In gradually assuming authority over her own body and future, the author takes an innovative approach to dissecting and exposing the severe and callous nature traditional culture. 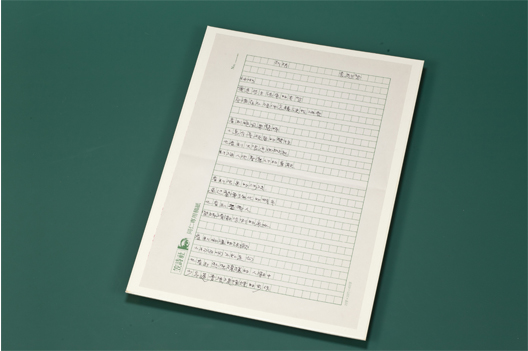 “Prayer”, My Religion is Love

Lee Kui-hsien (1937 - ) is an author from Danshui (Tamsui), Taiwan. His original 1980s poem “My Religion is Love” describes the poet’s passion for his native soil and home as well as his disdain for “truth seekers” and injustice. Lee urges poets to remain “spiritual fortresses” in order to cast a withering spotlight on society’s ills and shortcomings. This, he says, is the true “religion of love.” 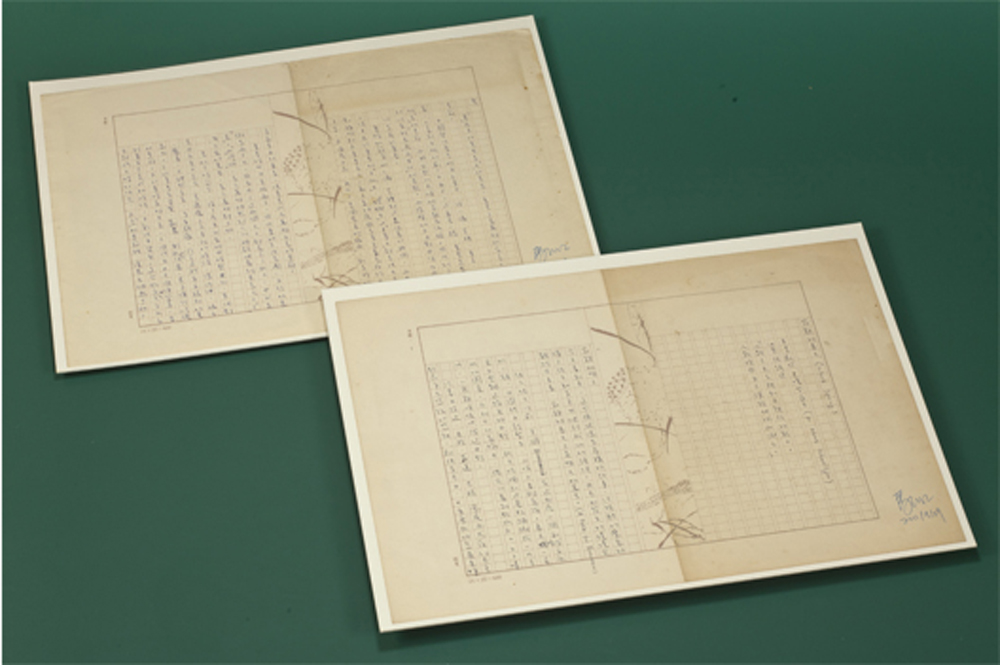 Ma I-kung (1948 - ) is a native of Taipei City, Taiwan. He was an active writer on environmental issues during the 1980s and strong advocate for environmental education. Ma translated Rachel Carson’s seminal work Silent Spring into Chinese to awaken the Taiwan public to the imperative necessity of humanity to restore balance to its relationship with nature and the environment. 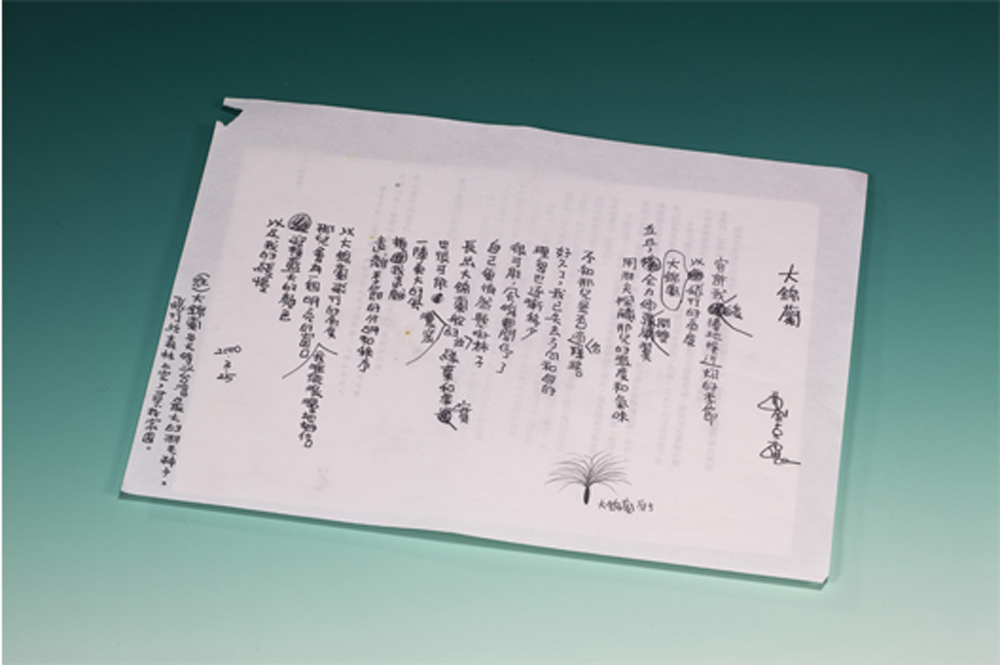 “Bentham Cablecreeper” and “The Story of a Wound”

Liu Ko-hsiang (1957 - ), aka Liu Tze-huai, is a native of Wurih in Taichung County, Taiwan. Impromptu writings “Bentham Cablecreeper” (later renamed The Cablecreeper’s Winter) and “The Story of a Wound” were included in the author’s 2001 work, At My Most Beautiful. These pieces intermingle poetry with nature and nature with prose to nurture limitless potential.