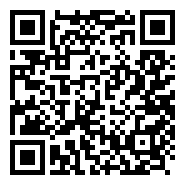 Starting anew in a strange land, early authors helped capture the social zeitgeist of Taiwan during the harsh and hectic days of settlement. Using their mother tongue, these authors wrote of Taiwan’s majestic mountains and rivers, its scenic wonders and exotic tropical fruit. Works in these early times were of largely two schools. The first looked upon Taiwan with the awe of an outsider. All was strange and new in this new outpost of empire off China’s southeast coast. The second carried the sting of nostalgia for the homeland left behind. Taiwan’s mountain scenery engendered thoughts of home and family beyond the “Black Trench.” Taiwan gradually became a new home that consoled and, eventually, overcame pining for the home country.

Subtropical Taiwan, between Mainland Asia and the Pacific, is a land of incredible landscapes and unique flora and fauna that perennially impresses visitors. Qing Dynasty authors turned their narrative and poetic spotlight on the island’s heralded “Eight Scenic Wonders”, while those in the Japanese colonial period celebrated Taiwan as a Imperial cornucopia of pineapples, bananas and other tropical delicacies. Captivated by what they saw and experienced, these authors presented Taiwan as a land to be explored, discovered and treasured. Authors were among Taiwan’s pioneers and its earliest promoters.

Home is Where the Heart Is

Authors that left childhood homes behind to emigrate to Taiwan have left behind a rich tradition of nostalgic literature. The mid-20th century was a particularly active period for the nostalgic genre, with much ink invested in tales of separation, exile, regret and pining for a home far away. While the emotions stirred by enforced separation don’t fade with time, protagonists inevitably make the difficult adjustment and invest themselves in building a new life in Taiwan. 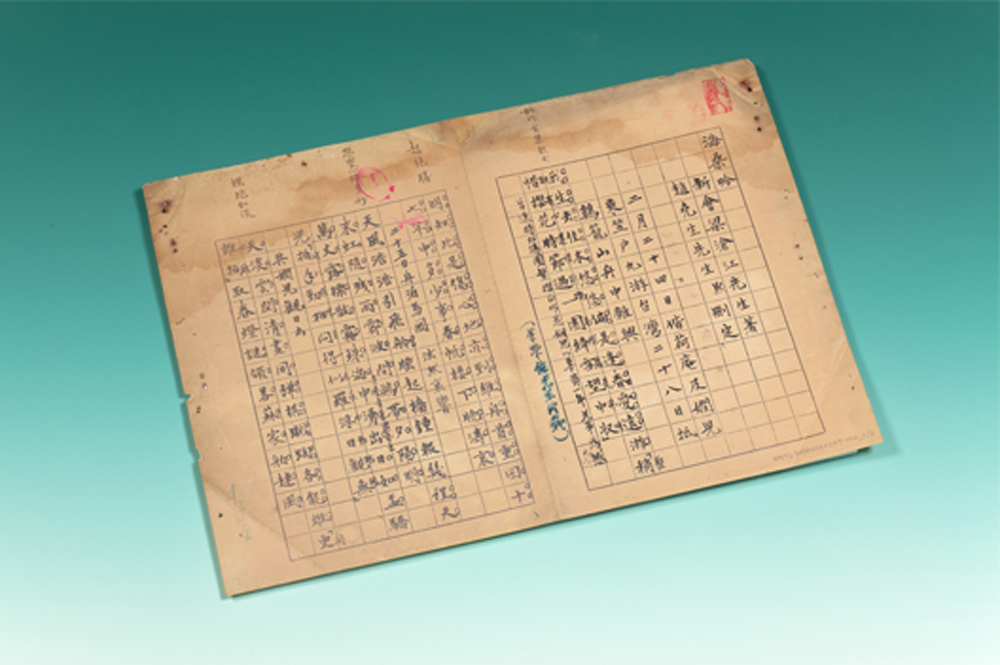 Song of the Great Wide World

Liang Chi-chao (1873-1929), aka Chuo Ju, was a native of Xinhui in China’s Guangdong Province. He co-authored works with leading Qing Dynasty reformist Kang Youwei and, after participating in the ultimately suppressed 1898 ‘100-Days Reform’, he escaped into exile in Japan. He sailed to Taiwan from Yokohama in 1911 and wrote on his myriad experiences throughout the island in Song of the Great Wide World. Unfortunately, the full text of this work has been lost to posterity. 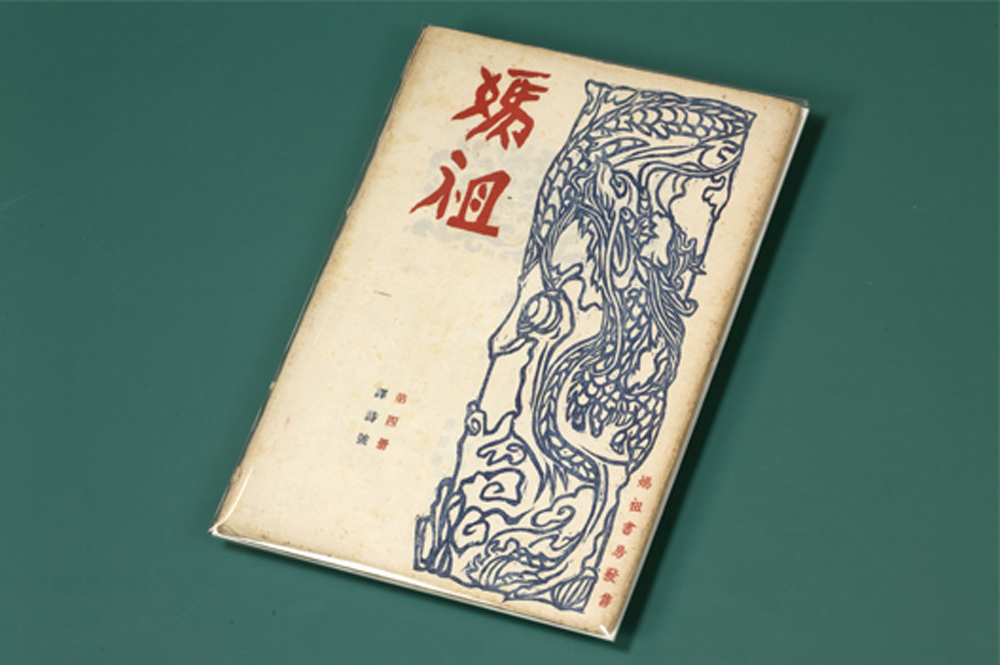 Mitsuru Nishikawa (1908-1999) was from Wakamatsu (Aizuwakamatsu), Japan. He came to Taiwan with his father in 1910, where he lived, studied and was active in various literature-related events and activities. Matsu, published by Misuru’s Matsu Publishing House (founded 1934), regularly featured the lithographic art of fellow Japanese Tateishi Tetsuomi and Kanda Yataro on its cover. Matsu was published until 1938. 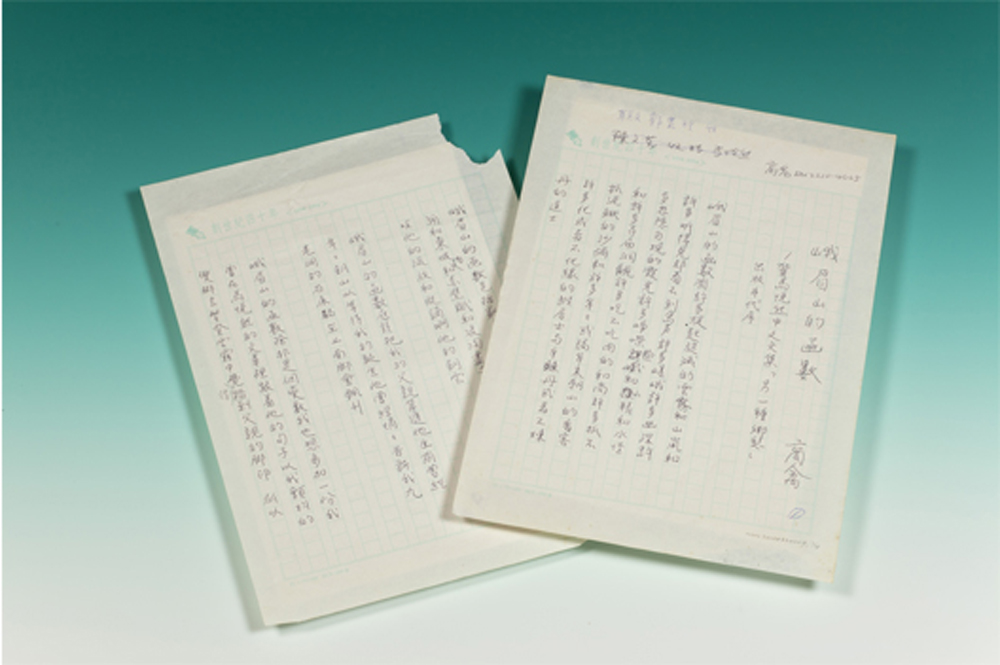 The Functional Nature of E-Mei Mountain

Shang Ch’in, aka Luo Hsien-yen (1930-2010) was a native of Gong County in Sichuan Province. Shang arrived in Taiwan with the ROC military in 1950. He wrote original poetry, was a member of the Epoch Poetry Society and influenced the development and shape of Taiwan’s modernist poetry movement. “The Functional Nature of E-Mei Mountain” was written as a preface for Swedish linguist Nils Göran David Malmqvist’s Another Nostalgia. Impressed by his poems, Malmqvist had earlier translated and published Shang’s poetic works into English and Swedish, which introduced Shang Ch’in’s works to a worldwide audience. 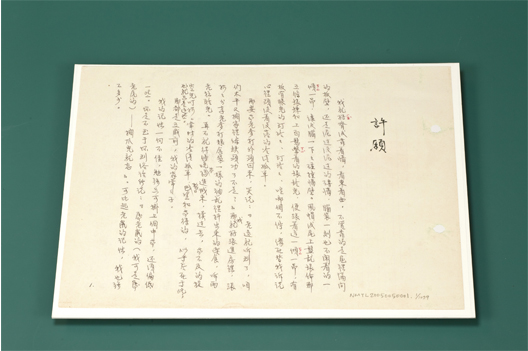 The Family of Tai-Ping Hwa

Chu Hsi-ning (1927-1998), a native of Linqu in Shandong Province, arrived in Taiwan in 1949. The Family of Tai-Ping Hwa was Chu’s last work. Set in the late Qing Dynasty, this weighty and epic novel narrates an 18-year span of time to weave the story of an average family forced to deal with the whirlwind changes sweeping their nation and personal lives.