Interethnic competition fed clashes and conflict that was broken only occasionally by alliances to oppose threats from abroad. This long and difficult road sowed the seeds destined to grow and create the foundations that all groups would accept as uniquely “Taiwan.”

Internecine conflict, resistance to government oppression, anti-colonialism and battles for linguistic rights have all left their mark on Taiwan history. But through the conflict, Taiwan’s different peoples have come to know one another and gradually learn to respect and even appreciate one another’s differences. Complicated relationships running the gamut between bitter conflict and active cooperation forms one of Taiwan literature’s most indelible themes. Raising the light of reason, authors delve into the meaning of interethnic cooperation. In expounding on the struggle for existence, authors spark cultural awareness, debate literary form, discuss future possibilities and guide people out from under conflict’s shadow. Authors and their works create the framework for coexistence and cooperation and herald the arrival of a distinct Taiwan culture.

Armed conflict was a part of life on Taiwan during the early decades of settlement. Individuals, clans and ethnic groups were locked in life and death struggles to squeeze prosperity and hope from their island wilderness. The arrival of new competitor groups, however, sometimes brought former enemies into new alliances out of a need to “protect the homeland.” Dominant groups also occasionally split into squabbling factions, expanding local conflicts and destroying former peaceful coexistence. Authors living through such times took it upon themselves to pen their observances and thoughts on contemporary affairs.

Japanese colonial authorities began their rule forcefully. Military rule was gradually replaced by a more enlightened and modern authoritarian rule that suppressed and reoriented the island’s social and political landscape. Responding to oppression, Taiwanese poured their energies into various societies and cultural activities. Calls for reform necessitated a grassroots movement that welcomed cooperation from all those disenfranchised and sidelined by colonial rule. Every period in history has its authors willing to heed the clarion call to action and invest their lives for the social good. They witness oppression and resistance in their writings and participate themselves in social activism.

The frequent appearance of two or more languages in a single work is a hallmark feature of Taiwan literature. While the promotion of a common language for the island at various times in history has certainly reduced problems inherent in miscommunication and misunderstandings, such policies have nonetheless created a system of linguistic apartheid. Those writing in the “common” language had a much better chance of getting their literature read and messages heard. The writing of perceptive and talented authors can help satiate the curiosity of different groups about one another, overcome language differences and open pathways to acceptance and understanding.

Cheng Yung-hsi (1788-1858) was a native of Zhuqian, modern-day Zhubei in Hsinchu County. Cheng wrote “Reconciliationism” in 1853 in response to the Zhang-Quan Clan Wars and followed up by traveling personally amongst the affected villages promoting a resolution of tensions. He longed to create peace in a land wracked by ethnic and intra-ethnic feuding and violence. 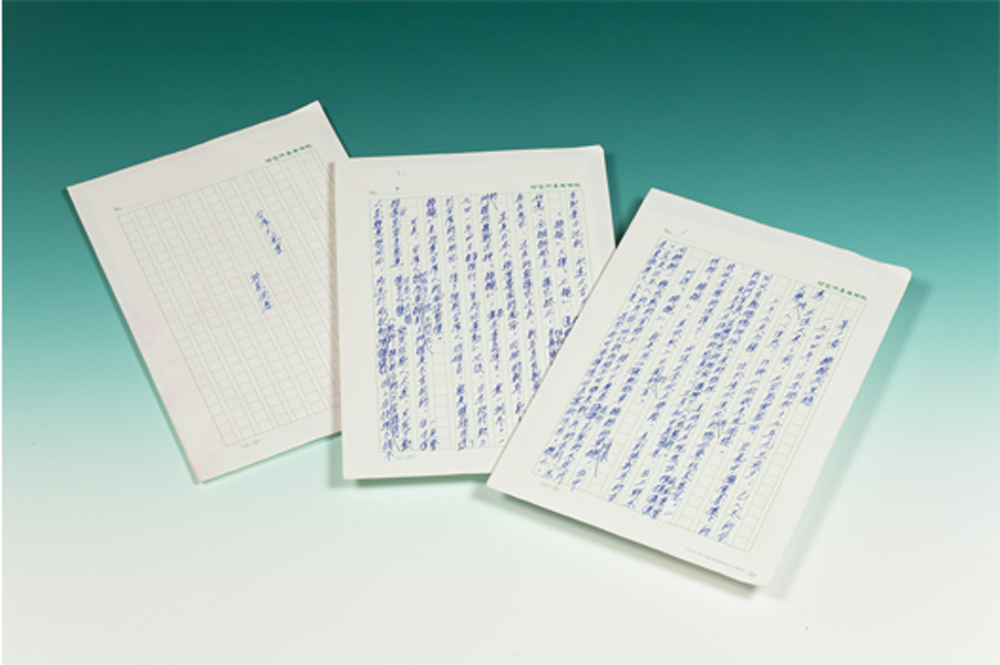 Winds of Change over Taiwan

Chiu Chia-hung (1933 - ) is a Taichung, Taiwan native. Chiu published the 2.3 million (Chinese)-word Winds of Change over Taiwan at age 70 in 2002. In 6 chapters with names such as “The Calamity of the Second World War”, “Empire Lost” and “228 Terror”, he narrated the ebb and flow of modern Taiwan history and the life and times of its citizenry.

Lee Chiao (1934 - ), aka Lee Nung-chi, is a native of Miaoli, Taiwan. His Winter Night Trilogy was the literary package for his three works, Winter Night, The Lone Lamp and Deserted Village. Winter Night is a tale of the land that describes a century of struggle to tame the wilderness and make it productive. Through conflict and disaster, the protagonists’ determination to hold firm to roots dug deep into Taiwan’s soil creates a tale of bitter survival. 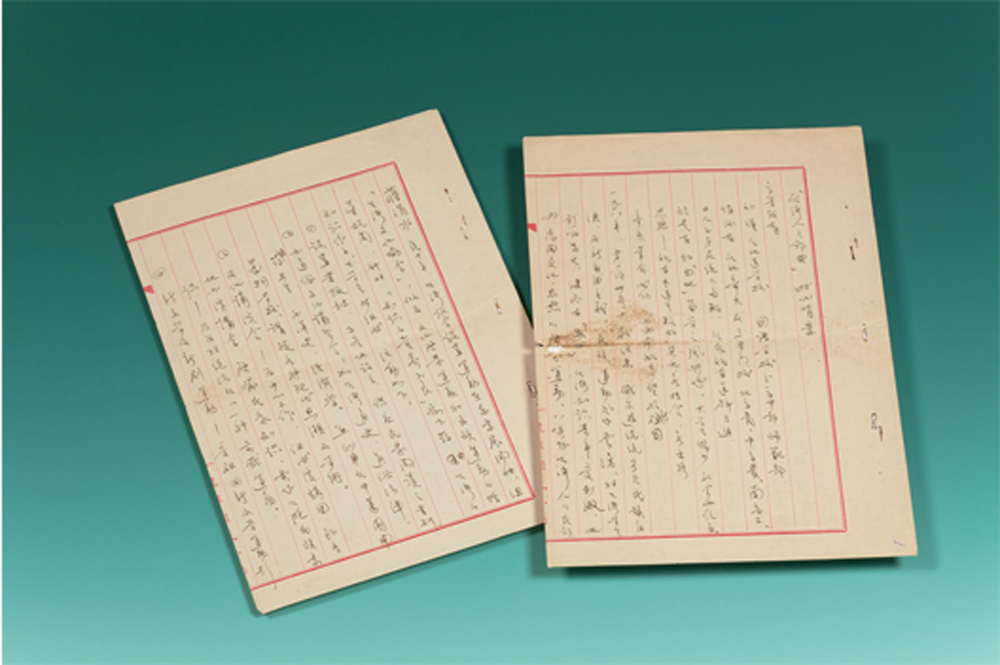 "'The Taiwanese – A Trilogy' in the Context of its Time"

Chung Chao-cheng (1925 - ) is a modern author from Longtan in Taoyuan County, Taiwan. Chung released the first installment to his Taiwanese trilogy in 1967 when he published Degradation. It was followed in turn by Dark Sea Journey and Song of Chatian Mountain. He couches his stories in the true-life experiences of Chinese Hakka. Focusing in on island-wide developments and social trends, Chung takes a sharp, clinical look at the conflicts he attributes to Taiwan’s long period of colonization. 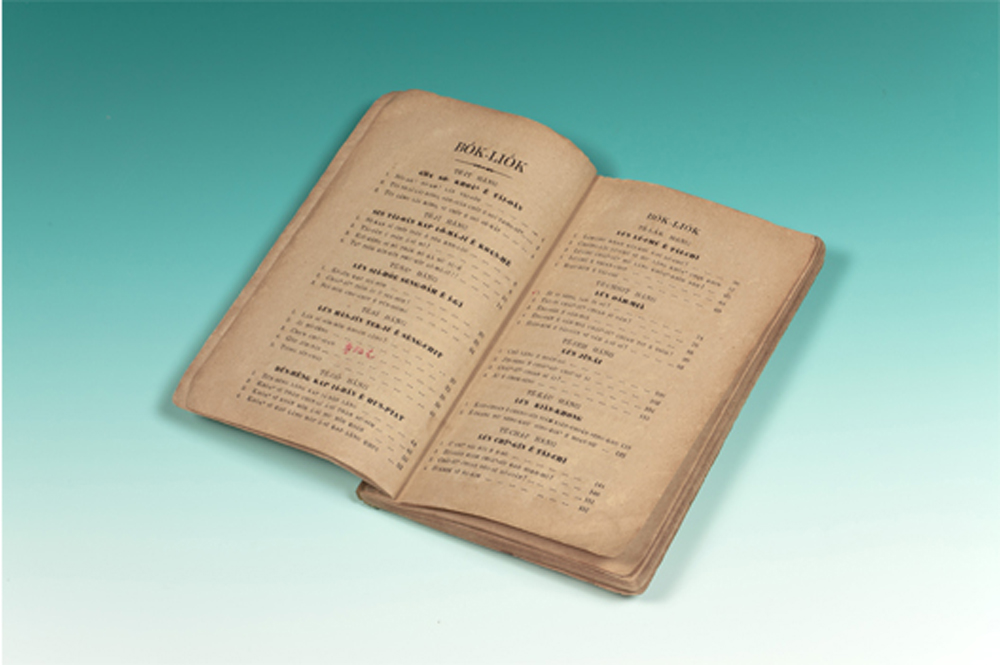 Tsai Pei-huo (1889-1983) was an author from Beidou in Yunlin County, Taiwan. Chap-Hang Koan-Kian, published in 1925 and written in vernacular prose, states opinions and ideas on ten issues the author perceived as central to the health and growth of contemporary Taiwan culture. This work was written as a social education piece to inspire and motivate his fellow Taiwanese. 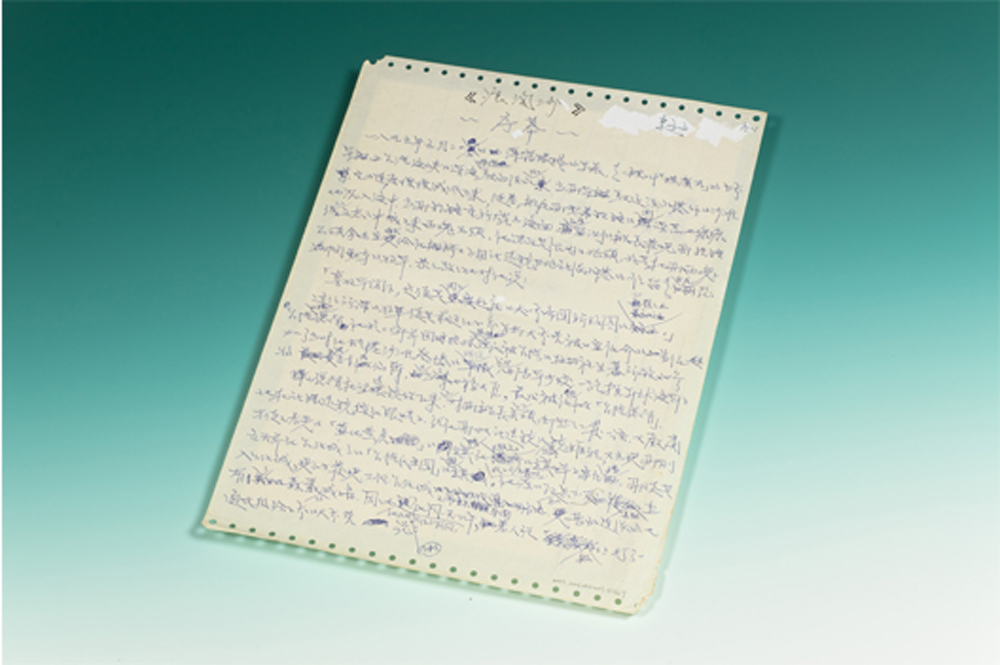 Tung Fang-po (1938 - ) is from Taipei City, Taiwan. Tung finished his 11-year opus, Wave-Washed Sand in 1991. The story transgresses linguistic, cultural, national and ethnic boundaries in its examination of the problems of three families. Caught up in an emotional storm, the story steers a course toward coming to terms with fundamental human compassion. 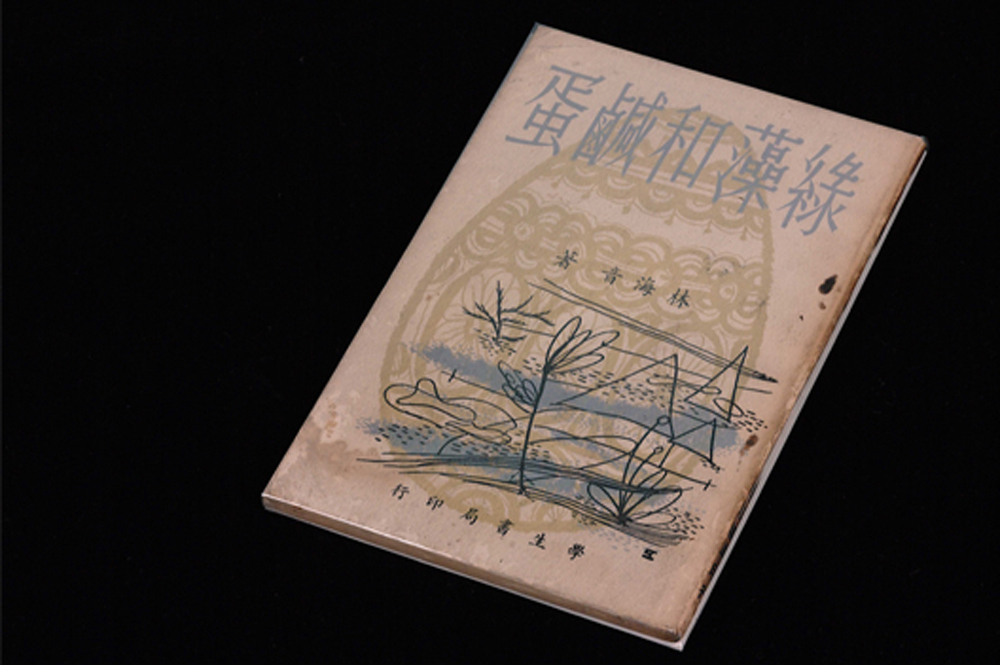 Lin Hai-yin (1918-2001) was an author from Toufen Township in Miaoli County, Taiwan. “Crab Shell Cakes” describes the meeting over food of a Mainland Chinese boy and Taiwanese girl during the early Retrocession Period. The girl finally puts to rest the boy’s constant bickering over their different backgrounds, and they find common ground in a shared language and anti-communist zeitgeist. Having found himself an unexpected resident, the boy mulls over the likelihood of Taiwan becoming his permanent home.

Yeh Shih-shou (1925-2008) was an author from Tainan, Taiwan. Yeh wrote Expanding Horizons for Taiwanese Novels as his general narrative on the Taiwan literature’s development since the 1920s. He urged a much grander vision for the novel genre in Taiwan, writing that only by addressing the whole spectrum of ethnic and clan groups on the island could the Taiwan novel reach its fullest and richest potential.