Works of literature abound with memorable leading ladies. The role of women in literary works often differs significantly between men and women authors. Social developments in Taiwan have also infused change into the roles and expression of literary characters. Differing gender perspectives record different takes on the same period of history or social setting. Like a camera taking the same shot from different angles, men and women authors have different perspectives on beauty and sorrow.

The troubles of youth also change with the time, from rebelliousness, love and sexual exploration to overcoming difficulties and self-realization. Feminist literature, stories of youth, exposition of eroticism, stories of homosexuality all blossom in a healthy literary garden. From the feminist movement of the 1970s to the sexual and gender freedom movements of the 1990s, gender topics have evolved with the evolution of Taiwan society and instilled Taiwan literature with various different female perspectives and personas.

Women have been an important driving force behind postwar literature in Taiwan. Their works ranked amongst the best examples of literature promoting Mandarin as the island’s new language of unity. From “home-country” essays to modernist novels; from the rise and exploration of feminist issues to the emergence of the feminist movement, women authors have been active … writing about everything from family life to national consciousness and from individual to shared experiences from distinctly women’s points of view.

The boy in the next classroom, the girl at a nearby school, homosexual and heterosexual love … during youth’s turbulent years, boys and girls face so many issues that are complex, challenging and not easy to face. Literature captures the opposite sex, adults and the world through the eyes of the teenager. It also explores the journey to maturity at different times in Taiwan’s modern history.

Literature addressing homosexuality was published even while Taiwan was a highly conservative society. This genre explores socially controversial issues such as the value perspectives that prioritize continuance of the family into the next generation and hot button issues behind inner family tensions. The increasingly liberal society that found its feet in the 1990s, encouraged the elevation of alternative genres and saw novels on homosexuality go mainstream. They boldly faced issues such as sexual passion and self-identification. Gender literature gradually breached the borders of dualism and introduced diverse perspectives on sexuality and sexual relations. 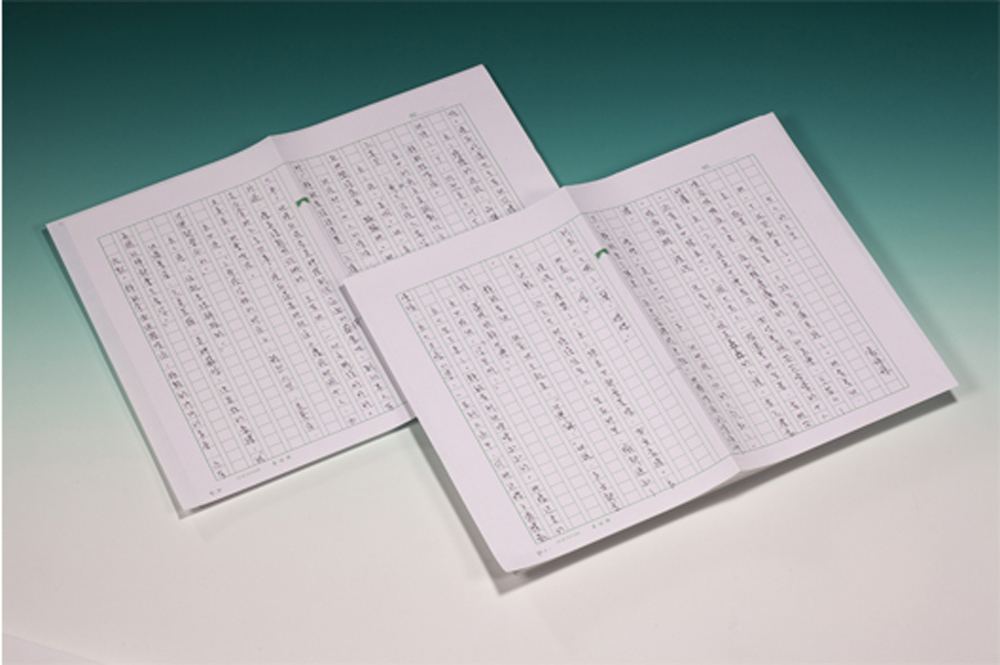 A Sky of My Own

Yuan Chiong-chiong (1950 - ) is an author from Hsinchu, Taiwan. The author highlighted the interplay between modern sensitivities and everyday affairs to observe the feminine psyche and changes in male – female relational norms against the backdrop of the 1980s “economic miracle” and unprecedented prosperity. This work is a deep commentary on contemporary emotional issues 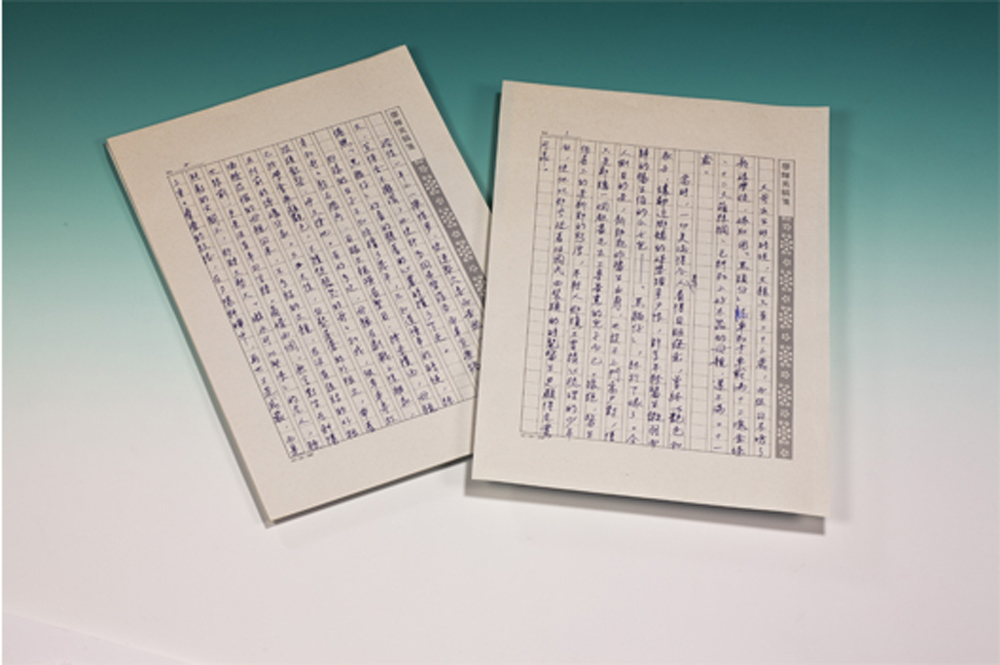 Liao Hui-ying (1948 - ) is a native of Fengyuan in Taichung County, Taiwan. This 1980s piece reflects on the female protagonist’s journey from childhood to marriage. Rapeseed is a hardy plant grown in Taiwan, surviving in even the poorest of soils. Liao chose the title as a metaphor for the inherent resilience of women. 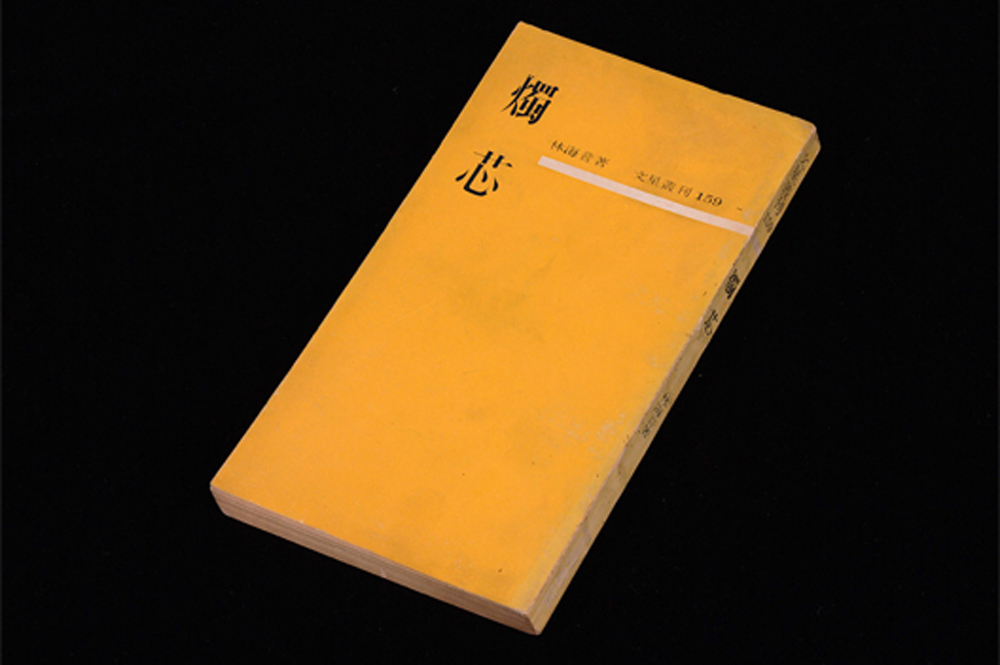 Lin Hai-yin (1918-2001) was a native of Toufen in Miaoli County, Taiwan. She used “candle” to represent the poor fate of women in traditional, conservative society. Her writings steer clear of bitter outcries and tearful pleadings, but nevertheless very effectively convey the endless sorrows of women in calm, even conciliatory, words.

Hsia Lieh (1940 - ), aka Hsia Tzu-chuo, was born in Beijing and spent his formative years in Taipei. White Gate, Farewell!, a short essay Hsia published in his high school newspaper, effervesces teenage brashness. Although almost never spoken, the name “White Gate” – an allusion to the main gate of Taiwan’s best boy’s high school –stirs a fiery passion in young men’s souls that ultimately fizzles into disappointment. Such are the days of youth. 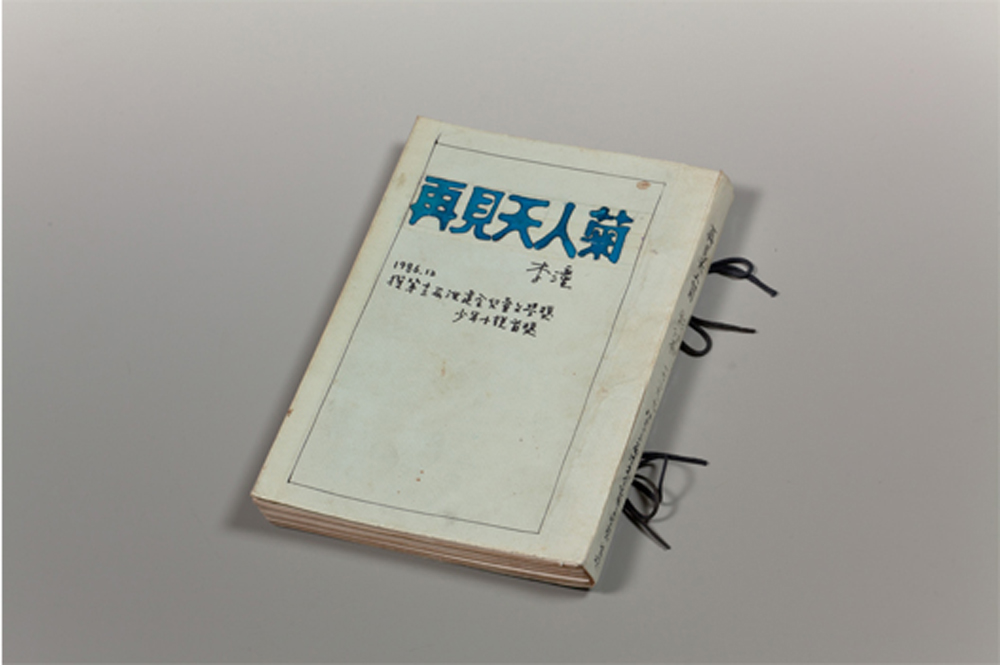 Lee Tung (1953-2004), aka Lai Hsi-an, is an author from Hualien in eastern Taiwan. Set in the Penghu Archipelago, this novel tells the story of seven youth who make a pact to meet up again two decades later. The pact proves difficult to fulfill, but elicits deep-set emotions and memories. Narrating the changing ebb and flow of life, Lee takes a romantic, nostalgic tack to tell the life stories of his characters. 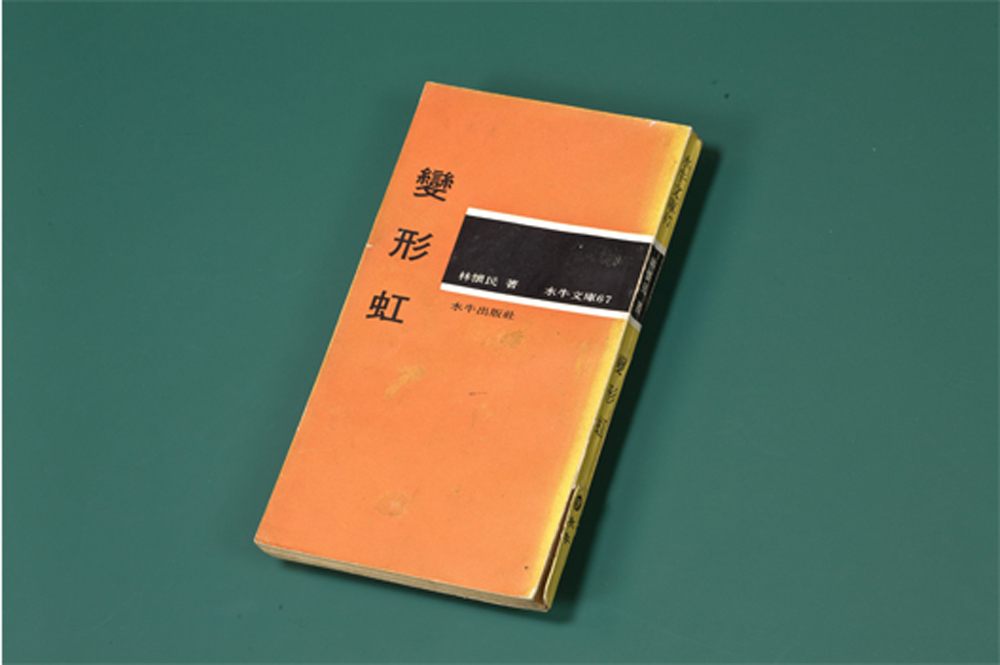 Lin Huai-min (1947 - ) is an author from Xingang in Chiayi County, Taiwan. Deformed Rainbow was Lin’s first published novel. It describes a university student’s fruitless search for purpose in a life he finds stiflingly boring. His death and passage into the spirit world still fails to bring happiness. The dark frustrations of youth, the fast pace of social change and lack of hope all pervade the palpable “boredom” of youth. 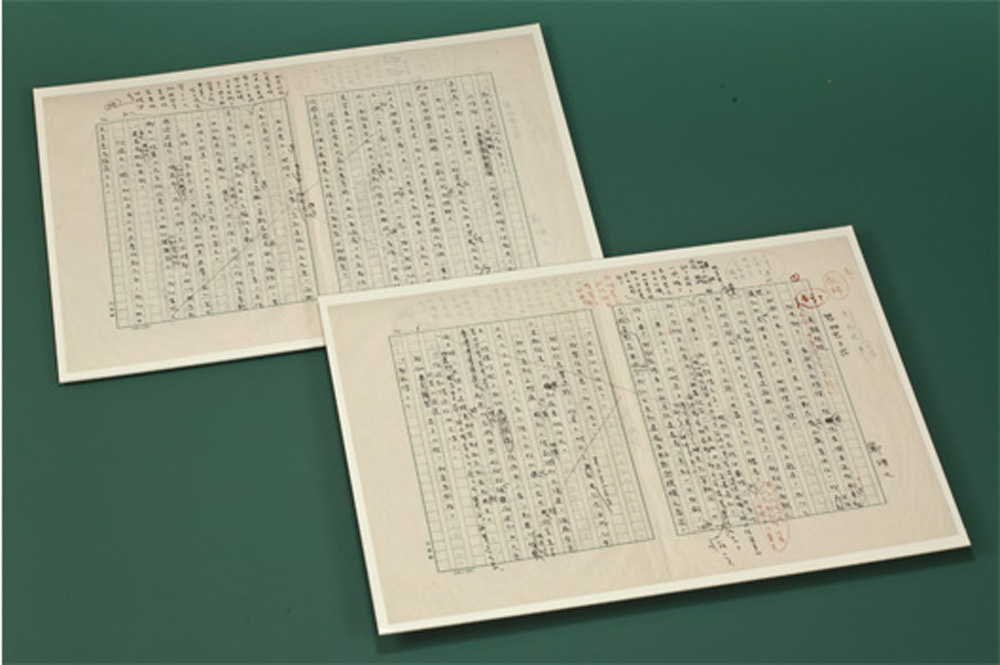 Cheng Ching-wen (1932 - ) is an author from Taipei City, Taiwan. His short story Acacia Flowers follows the story of its female protagonist. It uses a light, easygoing style to highlight the conservatism and separation imposed by tradition on the two sexes. Speaking softly of fading time and unfinished business, the author encourages the reader to think about what he or she would do differently if time could be reversed. 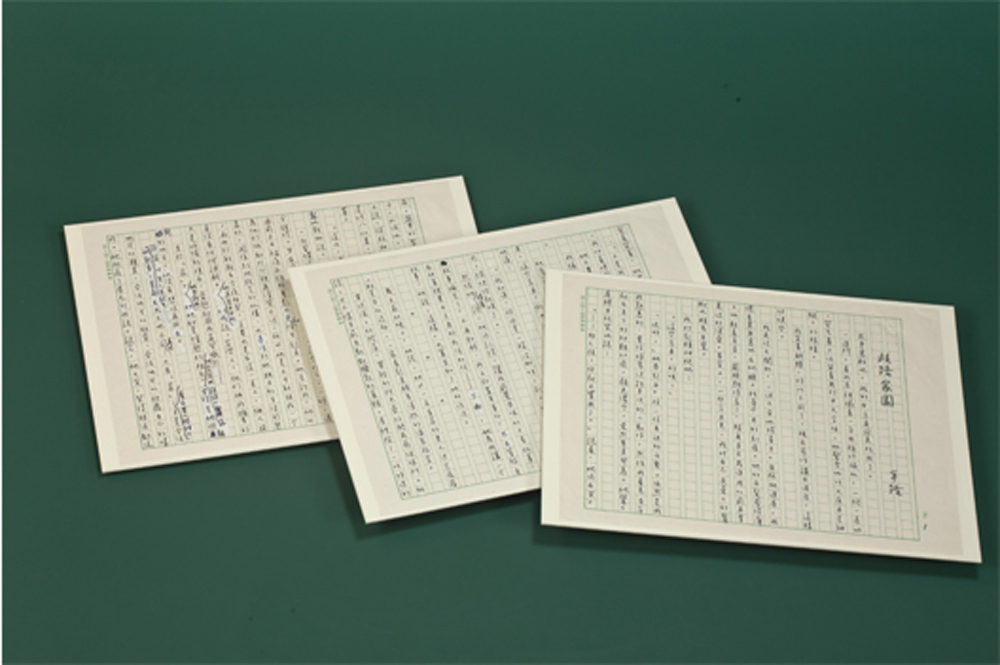 Home on the Crossroads

Ping Lu (1953 - ) is a native of Kaohsiung, Taiwan. Home on the Crossroads is a short story included in her Correspondence with a Centenarian. The narrative describes history as a bill awaiting payment and uses human relationships as a concrete example of this idea. Ping deals deftly with interwoven issues of ethnicity and gender, creating in the process her own distinct literary style. 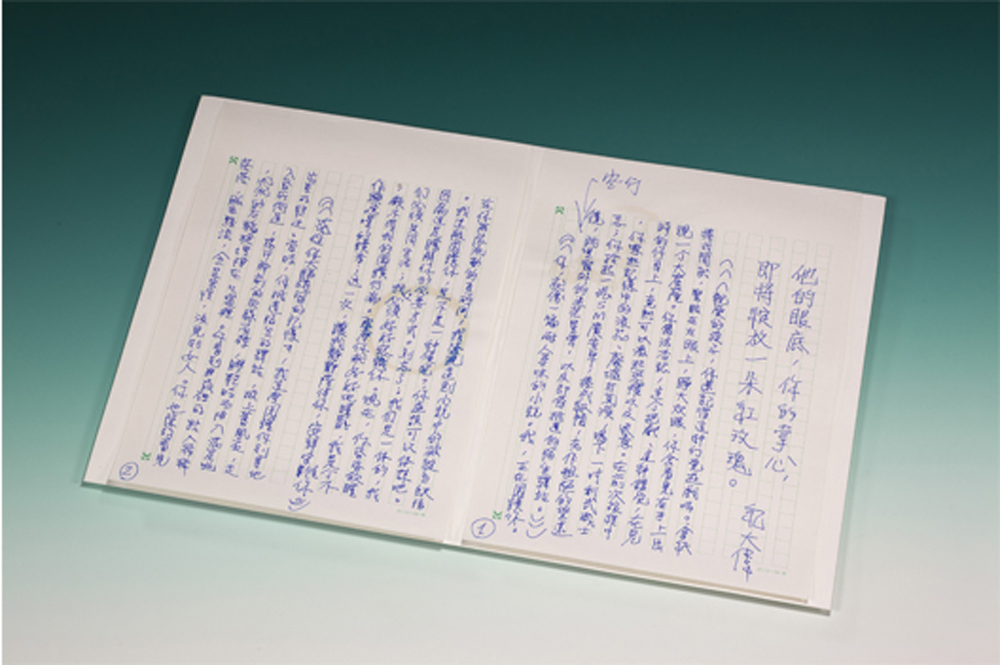 Chi Ta-wei (1972 - ) is a native of Dajia in Taichung County, Taiwan. A Red Rose Soon to Bloom in His Eye and Your Palm, published around 2000, was included in the anthology World of the Senses. The author sees the concept of gender as significantly more fluid than the traditional binary model. The deviant sperm in the story is the straw that breaks the back of the mythological underpinnings of heterosexual love. 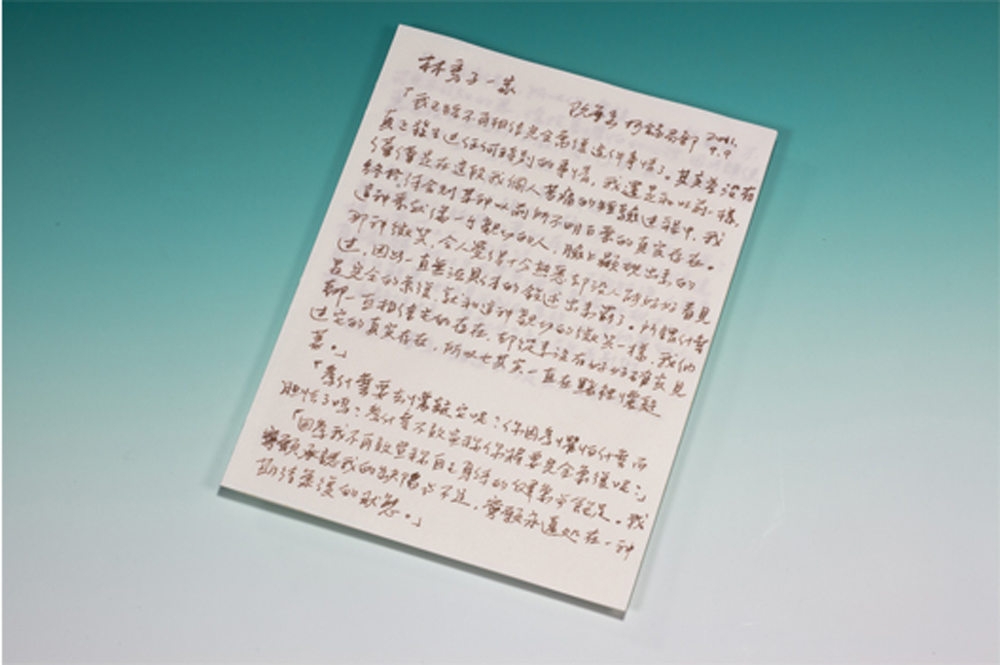 The Family of Hsiuzi Lin

Roan Ching-yueh (1957 - ) is a native of Taipei City, Taiwan. His “The Family of Hsiuzi Lin” is one of three stories in his Tung Lake Trilogy. The narrative follows the life of Hsiuzi Lin through her withering misfortune and pain and ultimate search for redemption. 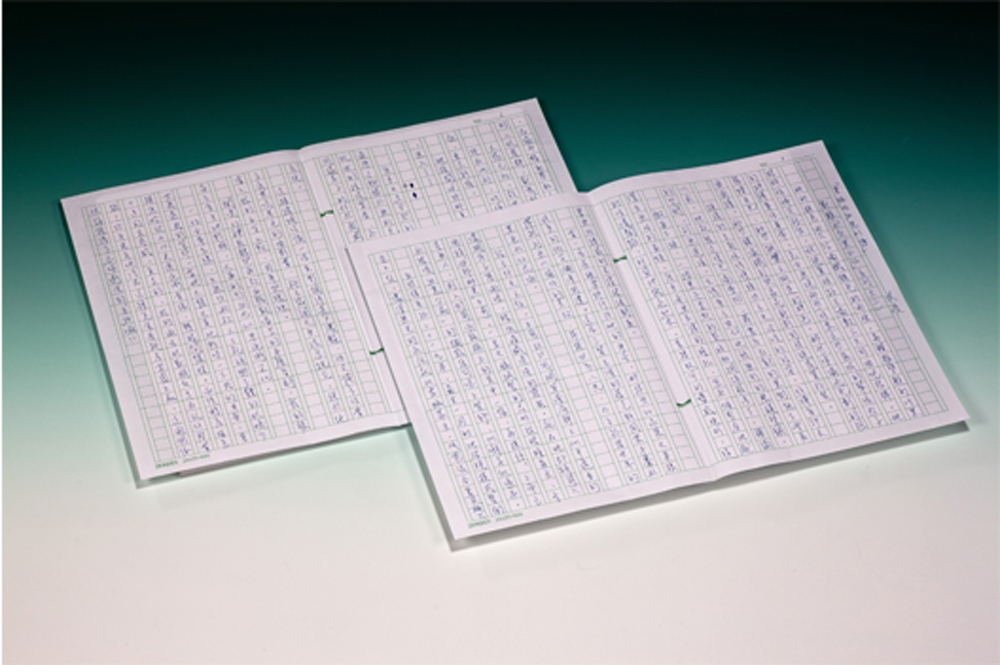 The Selected Biographies of Deviant Vampires

Hung Ling (1971 - ) is a native of Taichung, Taiwan. Selected Biographies, an original work of science fiction, is a hybrid linguistic and literary work as well. This work in the sensual genre treats “blood” as the outward manifestation of infatuation with beauty and the motivation for continued creativity.