Buffeted by many modern social and philosophical movements over the past century, Taiwan has both accepted the “call” of the world and shoehorned itself into world literary circles. Taiwan literature in translation gives academics and readers overseas a better understanding of local literature and introduces the works of Taiwan authors into the international pool of creative writing and literary research.

Taiwan has been a vibrant font of literary activity for many decades, publishing a vast amount of quality creative output in Mandarin that is expanding and enriching literature in Mandarin worldwide. Our current digital age is linking local literature even more firmly with the world. Changing literary formats has opened literary creativity to everyone, opening a future for Taiwan literature of even greater depth and diversity and creating expectations of new sweet fruits to come.

Taiwan was widely promoted as “Free China” after 1949. Policies promoting Chinese culture and reaching out to overseas Chinese had the effect of encouraging many Chinese living around the world to relocate to the island to work and study. Not a few went on to productive literary careers. Cold War divisions also helped foster ties between cultural circles in Hong Kong. From the 1980s onward, Taiwan’s literary award calendar and publishing industry had embraced world Chinese literature and begun to infuse international influences into the domestic literary scene.

Zeros and Ones: The New Digital Age

Pioneer examples of literature and other publications in digital form appeared as early as the 1980s. The “Bulletin Board System” or BBS was launched in the 1990s. Authors used to publishing in ink on paper now had a revolutionary medium in which to create and distribute their works. Shortly before the close of the Millennia, newspaper supplements began going digital, followed by launch of Internet news channels, blogs and other digital information sources. It became increasingly easy for individuals to establish their own media channel. Traditional literary publishing channels were thus forever transformed. In the virtual realm of the Internet, readers need no longer be passive absorbers of information. Literature can now be created and critiqued and posted in real time, fostering interactive participation. The Internet has developed into an incredibly open and welcoming forum for people from all walks of life and every opinion to get closer and more involved in literature.

Link：Zeros and Ones: The New Digital Age 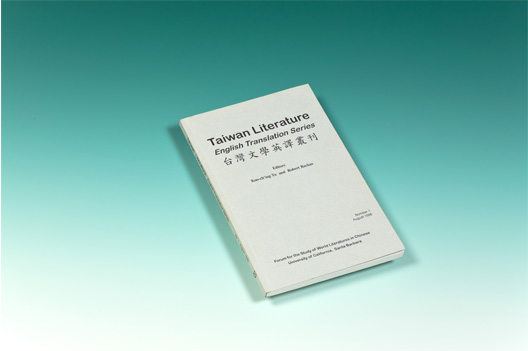 This is primarily a compilation of correspondence kept by Tu Kuo-ching related to his ideas and plans for publishing the journal Taiwan Literature English Translation Series in the United States. 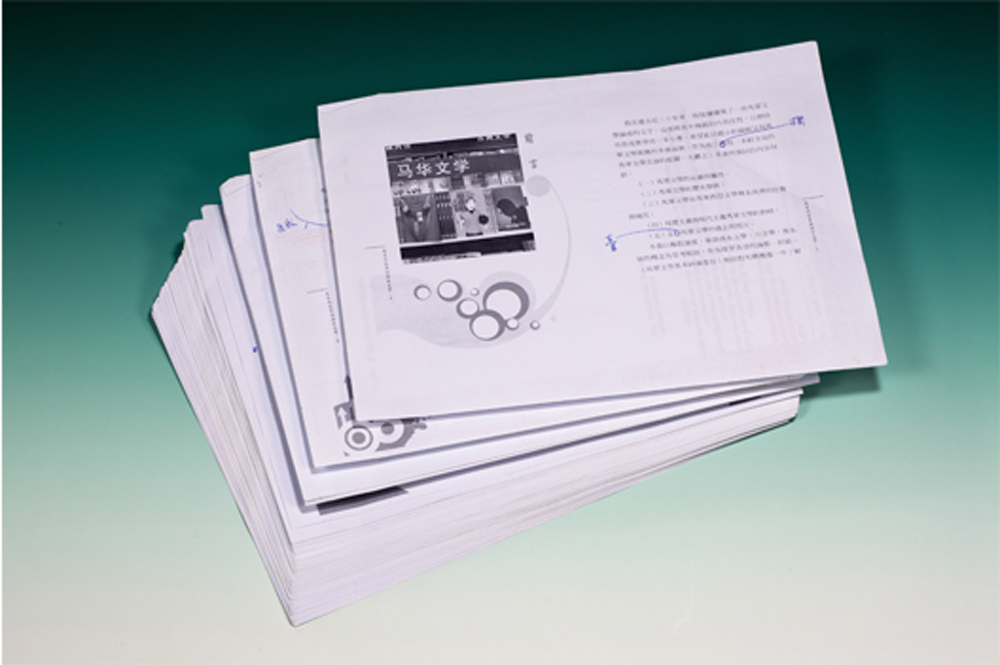 Zhang Jinzhong (1956 - ), a native of Pahang, Malaysia, produced this extensive academic discussion of Chinese-language literature in Malaysia. The manuscript on display here was the author’s final markup copy finished up before the book went to press. 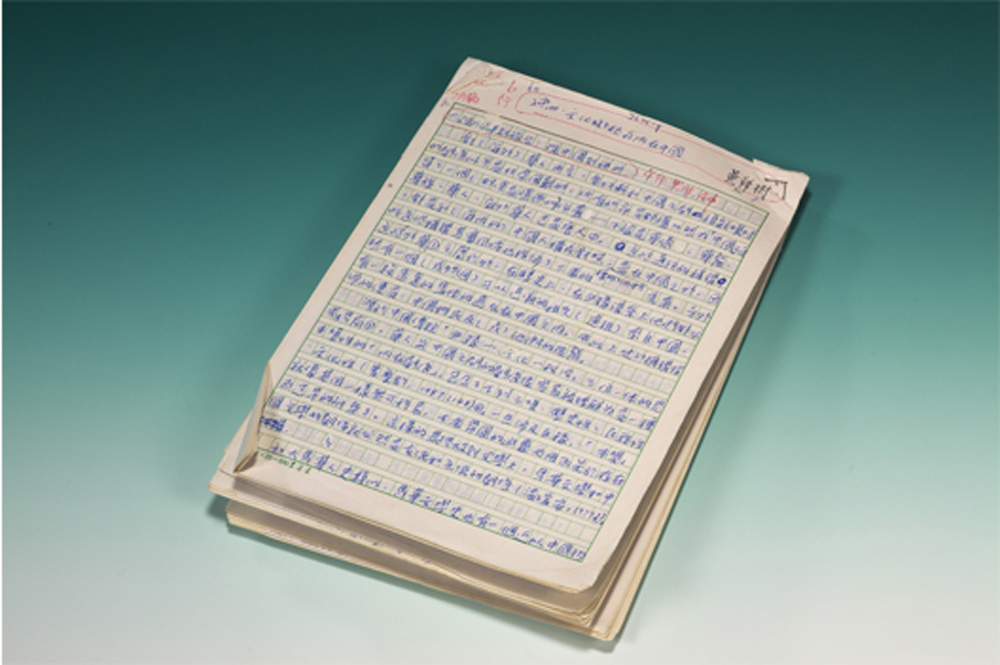 Shenzhou: Cultural Nostalgia and China of the Mind

Huang Jinshu (1967 - ) is an author from the Malaysian state of Johor Bahru. This work suggests the increasing profile of Malaysia’s Chinese-language literature in Taiwan literary circles. This work drew on liberal art sources in Taiwan to elicit the history, present and future of Chinese-language literature in Malaysia as well as its relationship to Mainland Chinese and Taiwanese literary circles.